Does confusion around Citrix licensing keep you up at night? Choosing the correct license for your environment can be both stressful and puzzling! Good news, you’re not alone! In fact, we published a post about this very topic four years ago, and it continues to be one of our most popular. Due to high demand, we’ve done the research to bring you the most up-to-date information on Citrix XenApp and XenDesktop licensing. (Click here for a quick refresher on the difference between XenApp and XenDesktop.)

To help alleviate confusion, first we’ll explain the two types of licenses and what they entail, and then we’ll discuss how to choose the licensing plan that best fits your environment. Understanding Citrix licensing options and what happens behind the scenes is an important part of a Citrix strategy that ideally leads to an optimized, productive work environment. So first off, what are the different XenApp/XenDesktop licenses?

A concurrent license is a license only used during an active session, meaning if a session is terminated or disconnects, the license gets checked back into the pool. It only allows for either one connection to a virtual desktop or unlimited applications for any user and any device. This means that concurrent license consumption depends on when the license is being used.

Currently, a user/device license is half the price of a concurrent license; however, each can be beneficial from a cost perspective depending on the environment. Which licensing option will fit your environment best all depends on the time of usage and whether the device is shared.

As you can see, there are three users, three devices, and one concurrent license consumed. The number of users can grow, consuming only one license, if they don’t all launch a session at the same time. Because Monica, Chandler, and Joey all launched a session during separate times (under the assumption that they ended the session when they were done), they have only used one license. If this was user/device licensing instead of concurrent licensing, this scenario would consume three user/device licenses due to three users having launched sessions on their personal devices. But why?

User OR device is one license?

User/device Citrix licensing may seem like two different licenses (is it user license or device license?). How this license works is if Citrix XenApp/XenDesktop is configured for the user/device license, the Citrix license server automatically decides whether to assign the license to a user or to a device. Therefore, if I log into my environment and launch a session, the license is a user license. This means that on the license server, I can run as many XenDesktop sites on as many devices as I would like while only consuming ONE user license. However, if I decide to launch a session on a shared device that multiple people use, Citrix notes that it’s a shared device and therefore it consumes one device license. Let’s solidify this with an example:

As you can see by the example above, there are three user/device licenses being consumed with at least three users (or more depending on the shared device) and at least four devices (could increase without a license increase if Phoebe or Ross decide to get another device). If they were to use concurrent licenses, they would need three (assuming they all work the same hours) and pay twice as much.

Since it’s common to have mixed environments, Citrix calculates the total number of user/device license by this simple equation:

Any planning at an enterprise scale can be tricky, especially optimizing licensing. Given the complexity of Citrix licensing, a number of our customer use SysTrack during and after this decision-making process. SysTrack can look at all sessions to determine which licensing makes the most sense for your environment.

By clearly viewing the usage and performance of IT resources, IT admins can see which licensing options make sense while determining how many user/device licenses they’ll need. After the deployment phase, SysTrack can help IT continuously right-size Citrix deployments and monitor sessions thereafter to establish a positive end-user experience.

VIDEO: How to Troubleshoot Business Application Experience in 60 Seconds or Less Growing Green IT Initiatives: How to Make Operations and Infrastructure More Sustainable 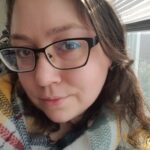 Tools for RCA Success: How to Evaluate RCA Tools